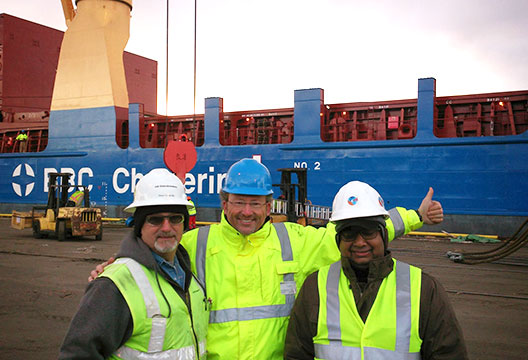 Rohde & Liesenfeld Canada Inc. was incorporated under the Canada Business Corporations Act on June 19, 2001, (Corporation number 391028-8 and Registered in the Province of Alberta under Corporate Access Number 219480647) is a federally incorporated Canadian company, with their network of offices and air and ocean hubs in over 50 countries, having a strong presence in Europe, the Americas and Asia Pacific region offices as well as in the Middle East and in Africa.

R&L Canada's offices are strategically located in Calgary and Vancouver, with approved agents providing for local handling in other Canadian cities. R&L is a member of the Canadian International Freight Forwarder's Association (CIFFA) and the Specialized Carriers and Rigging Association (SC&RA).

Rohde & Liesenfeld Canada Inc. is a member of CIFFA (Canadian International Freight Forwarders Association) and all transactions are subject to the CIFFA Standard Trading Conditions.

A full copy is available and is posted at
www.roliprojects.com/downloads/CIFFA-STCs-2021-English_Rebrand_1.pdf